I wanted to enter this contest, but due to my numerous medical conditions, I can no longer knit using needles because it causes me too much pain, and I don't have enough control in my fingers and hands. For the first time ever, I decided to try to knit something on a circular knitting loom! It was much easier on my hands than knitting with needles was :) Below are some pictures of this project:

Making the scarf (nothing fancy, but I'm proud of the work I put into it!): 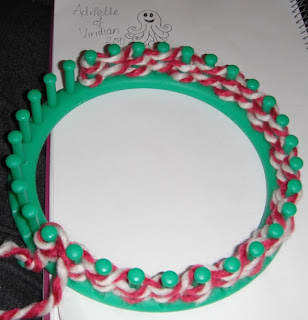 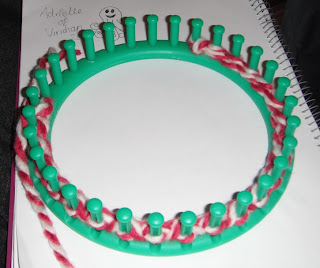 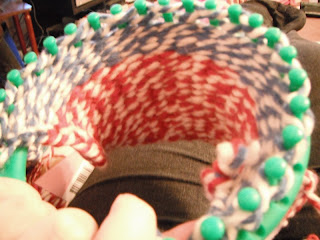 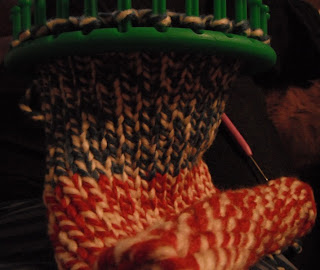 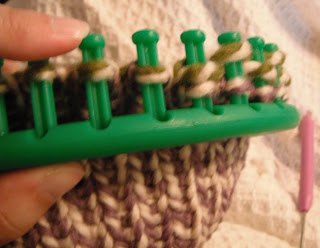 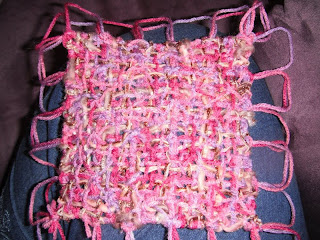 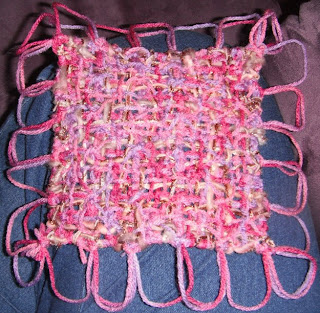 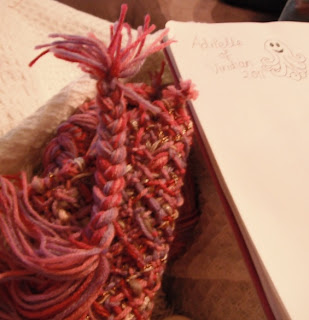 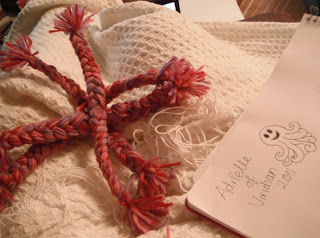 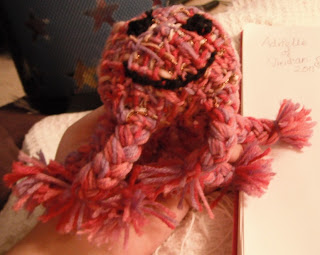 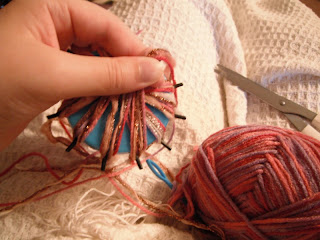 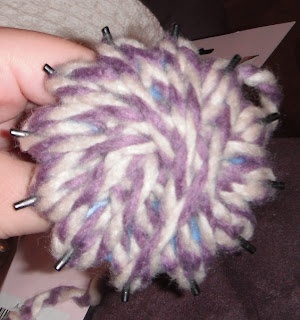 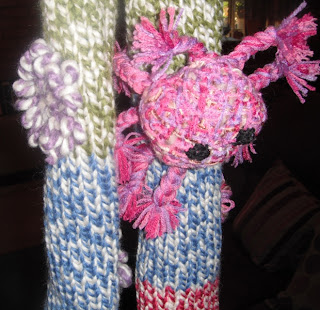 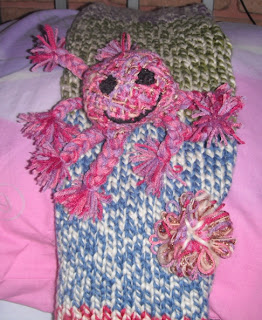 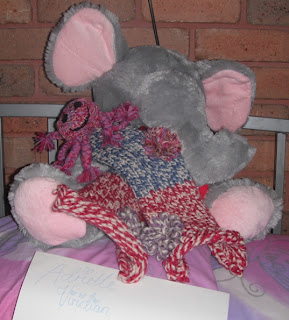 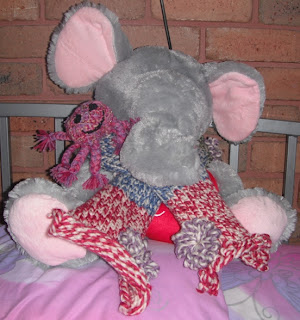 Moke will be pretty happy that all the knitting is over... after all - laps are for CATS, not knitting! 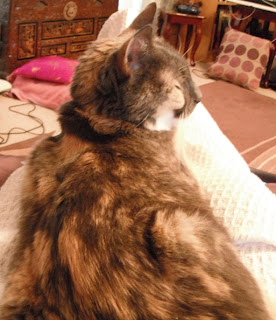 Posted by AmazinAdrielle at 1:39 AM No comments: